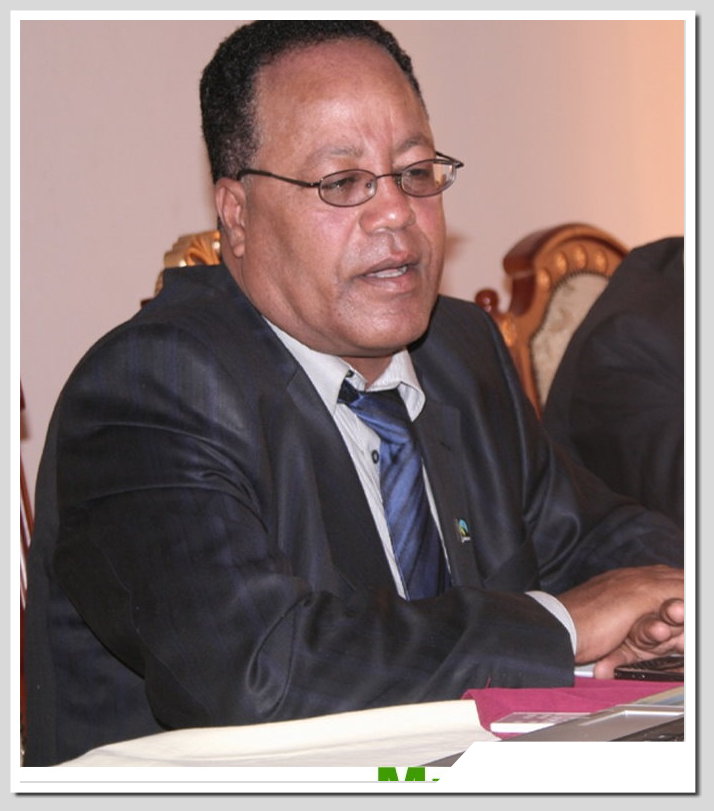 In June 2007, Ethiopia, an African developing country, made history. After more than two years of battle for the right to trademark their three specialty coffees, Sidamo, Harar, and Yirgacheffe, the Ethiopian Government finally reached the much-desired licensing agreement. This victory is in line with the steady effort of Ethiopian co-operative farmers to improve coffee incomes. It also conveys a good example of how the Fairtrade movement can empower its members. Ethiopian brewers have indeed benefited from a fairtrade influence to promote their cause internationally and raise public awareness. A prominent figure of this battle: Tadesse Meskela.

Tadesse Meskela is the current general manager of Oromia Coffee Farmers Cooperative Union (OCFCU). Since the establishment of the organization in 1999, Meskela has struggled to improve the lives of coffee farmers and their families. From a humble origin himself, he developed an awareness and understanding of poverty. His own struggle for a better life qualified him as the voice Ethiopian coffee growers can now rely on to secure higher incomes and more sustainable living conditions.

Many portray Meskela as a man on a mission. He worked for the Ethiopian government as an expert in agriculture, which gave him the opportunity to visit Japan. During his travel he was amazed by the idea of co-operatives. As soon as he came back to his country, he envisioned the project of a co-operative, which would aim to advise and support farmers in negotiating on a more advantageous basis.

A Man on a Mission

Today Tadesse Meskela is a well-established Fairtrade partner, who does not need further introduction. His goal: improving the lives of Ethiopian coffee farmers and their family by securing fair prices and higher wages. His biography includes several interviews with notorious NGOs and international organizations, and a movie, Black Gold (2006), that depicts his own story. As a man committed to his mission, Meskela obtained OCFCU’s membership in several international organizations and Fairtrade organizations. Through his leadership, the co-operative has  maintained a trading relationship with several coffee industry leaders.

To some extent, these steady efforts brought global awareness to the Ethiopian quest for a coffee agreement from 2005 onwards. And most of all, in 2007, Ethiopian farmers and the Ethiopian government felt confident enough to file request for a coffee trademarking accord. Despite the difficulties encountered, Ethiopia definitely made history by reaching an agreement on its own terms. How was it possible for a small developing country to come out victorious in a battle involving the greater international trading system?

It was thanks to the commitment of Ethiopian farmers and the contribution of Fairtrade organizations, especially Oxfam.

History of Struggling in the Birthplace of Coffee

Not only is Ethiopia the birthplace of coffee, but the country also produces very high-quality coffees. Despite these facts, trading in the Ethiopian coffee industry has never been bright. Impacted by its troubled political, social and economic conditions, Ethiopia never offered much counterweight to the international trading system. As a result, farmers have struggled for a long time to get a good wage from their coffees, and their effort was futile until recently. According to certain articles, powerful coffee merchants offered about $0.75-$1.60 for a pound of Ethiopian coffee, which was later sold for $26 to coffee roasters. Therefore, Ethiopia usually gets only up to 10 percent of the retail price where other coffee-producing countries could negotiate almost 45 percent. To top it all off, consumers easily agree to pay up to $5 for a cup of coffee.

This is where Fairtrade comes in. Indeed, Tadesse Meskela and most of his fellow Ethiopian growers have understood the necessity for a trustworthy ally to promote their cause globally. Joining the Fairtrade Foundation in May 2000, the OCFCU has not only secured better incomes for their farmers, but they have found in Fairtrade an incentive to pursue the quest for coffee trademark protection. Oxfam, a Fairtrade NGO, has led this battle, exhorting and pushing to the limit when necessary. In reality, a quarter of the Ethiopian population relies on coffee exportation for their living, and the government has hoped the licensing contract will open the door for greater market shares and more sustainable incomes for farmers and their families.

Encouraged by the advocacy and commitment of Fairtrade organizations, Tadesse Meskela went even further. He accepted to be the star of a movie, Black Gold, whose story depicts the everyday life of the Ethiopian co-op leader. The movie shows numerous travels of Tadesse to find buyers and roasters for their coffees, as well as its effort to negotiate fair prices with powerful coffee merchants. Another captivating scene highlights the struggle of farmers and their family who are starving while buyers are getting richer from coffee margins. Besides, it also illustrates how Ethiopian farmers have benefited from the contribution of Fairtrade. This movie and its impacts have served as a powerful weapon to force the licensing agreement. Consequently, on the bright day of May 3rd, 2007, almost one year after the movie was launched, a coffee agreement was signed, allowing Ethiopia to trademark its three specialty coffee beans: Sidamo, Harar, and Yirgacheffe. This victory is indeed a good example of how Fairtrade can be a vehicle for empowerment for coffee farmers and other producers.

What we can do

In the aftermath of Black Gold, many websites offered users a platform to be involved in Fairtrade actions and help improve the lives of those who cultivate the beans for our energizing drink. And yet there is still a lot to do in terms of helping to improve the lives of cultivators in developing countries. Despite a continued growth since 2005/2006, the Ethiopian coffee industry still has a long way to go. However, the effort is steady according to a World Bank report. Since 2006 the country has known a growth of 9.9 percent. But Ethiopia remains, in reality, a vulnerable country with the risk of potential wars and famines. We can stand in solidarity with these producers! For example, a simple gesture such as buying a fair cup of Ethiopian coffee from a Fairtrade café really helps. Let’s show our support!